Why hello week two. To be honest I had a little bit of doubt that we’d make it this far. It turns out sharing things on your Facebook page produces a large amount of social anxiety that creates results. Note to self – make sure you involve as many people as possible in all personal details of your life.

I like having my own stuff. As a child I used to announce to my frenimes (I had a serious passive aggressive bullying problem until other children realised that I was literally a head shorter than them and had no follow through) why my new shiny thing was better than theirs … until they showed me their newer shinier thing. It was at this point that my toy became hideous and my long suffering German mother had to listen to my rants on why her not being “Gossip Girl” rich was ruining my life. Fun fact – this topic still comes up despite me being a 30 year old semi independent “adult”.

It’s at this point that I should admit that I am probably the only person working in marketing who is still actively tricked into lusting after anything they see on a roadside billboard. WHAT! Male Lynx deodorant has the ability to make you seem mysterious AND attractive! Pull into that petrol station immediately, regardless of the fact I’m 85% sure I’m a lady babe I need twelve cans for my date tomorrow. On top of the fact that wearing Lynx mysteriously resulted in a 0 out of 6 success rate on my latest string of Tinder liaisons and a fair amount of distancing within my social circle it turns this behaviour is also very wasteful.

My “camping spot” on our latest getaway

Unfortunately buying things we don’t actually need or upgrading before we really need too has become a bit of a social mentality. Although you can’t deny that the rush of the new feels pretty damn good it also results in a huge amount of environmental damage (this obviously excludes new hook-ups, this is a very sustainable way to pass your time and is highly encouraged).

Each new item we purchase comes with a salary eating price tag, uses non-renewable resources and results in the discarded item nursing serious abandonment issues. As far back as 2004 total wasteful consumption was over $10.5 billion in Australia annually. On top of this being the year that people started to worry about Mel Gibson after the release of ‘The Passion of the Christ’ this figure is pretty stressful considering that this amount exceeded spending on universities that year.

So what are more environmentally friendly suggestions?

Why I’m so glad you asked! Apparently it’s time to beg, borrow … probably don’t steal. According to the internet the art of borrowing and renting rather than buying means that you reduce waste, save space, keep more money in your bank account and don’t make your friends lift as many things when you move. I have a tenuous grasp on what a socially acceptable time frame is to return things in so I put in the ‘probably don’t steal’ to remind myself that 20 years is probably a smidge too long to hold onto your ex-besties favourite ‘My Little Pony’. I’m sorry Sally, but to be honest you deserved it after playing Kiss Chasey (not the band) with Trent when I TOLD you he was my soul mate.

More money in my bank account means that on nights out I may no longer have to choose between wine and a main meal (an empty gesture of some kind to the person that guesses which wins)  so this was one challenge I was down for. During the week I –

Achievable – 6 leaves out of ten. Although borrowing some things was easy brooming the carpet was probably less than hygienic.

Affordable – 9 leaves out of ten. Free wine and no big purchases, need I say more.

Beneficial – 9 leaves out of ten. Sharing is definitely caring.

Healthy – 4 leaves out of ten. For me this experience resulted in a whole lot of wine. Not that I’m complaining but red wine lips look good on no one. Those that have more impulse control may find that results for this section differ. 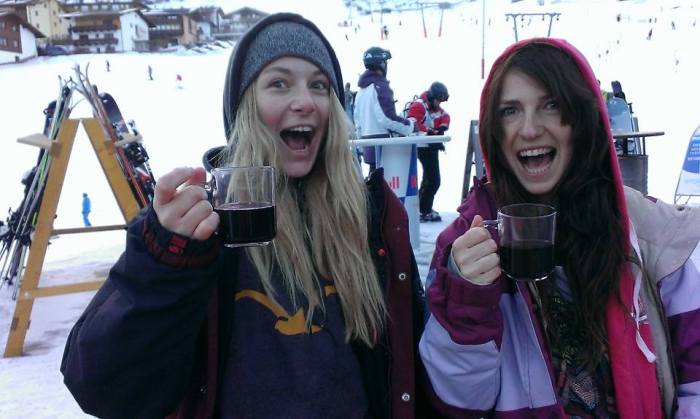 Enjoyable – 8 leaves out of ten. I had a really good time borrowing things and got a warm glow when I could return the favour. Other than the stress of remembering to bring the items back this was definitely a great experience.

Final response – I would definitely recommend looking into this. Your friends probably have better taste in appliances than you anyway. Better person than I and still working on the whole hermit thing? Don’t worry gal, there’s plenty of websites for the savvy borrower that involve absolutely zero human interaction. Why not –